Love sparkles on her face when he looks at her, while it lightens his at her smile! Glances, touches, honey words and loving silences transformed the elopement video in Santorini of this wonderful couple into a  fairy tale!

Once
upon a time

Vicenzo and Dalila met a summer night at a bar in Italy. A crazy, uncompromising, love at first sight was born, and time got assimilated into their heartbeats!

The passionate acquaintance took off, the same dawn, on an airplane destined for the beautiful Santorini! The Greek island with the explosive charm, enchanted the two lovers and made them secretly promise to return. 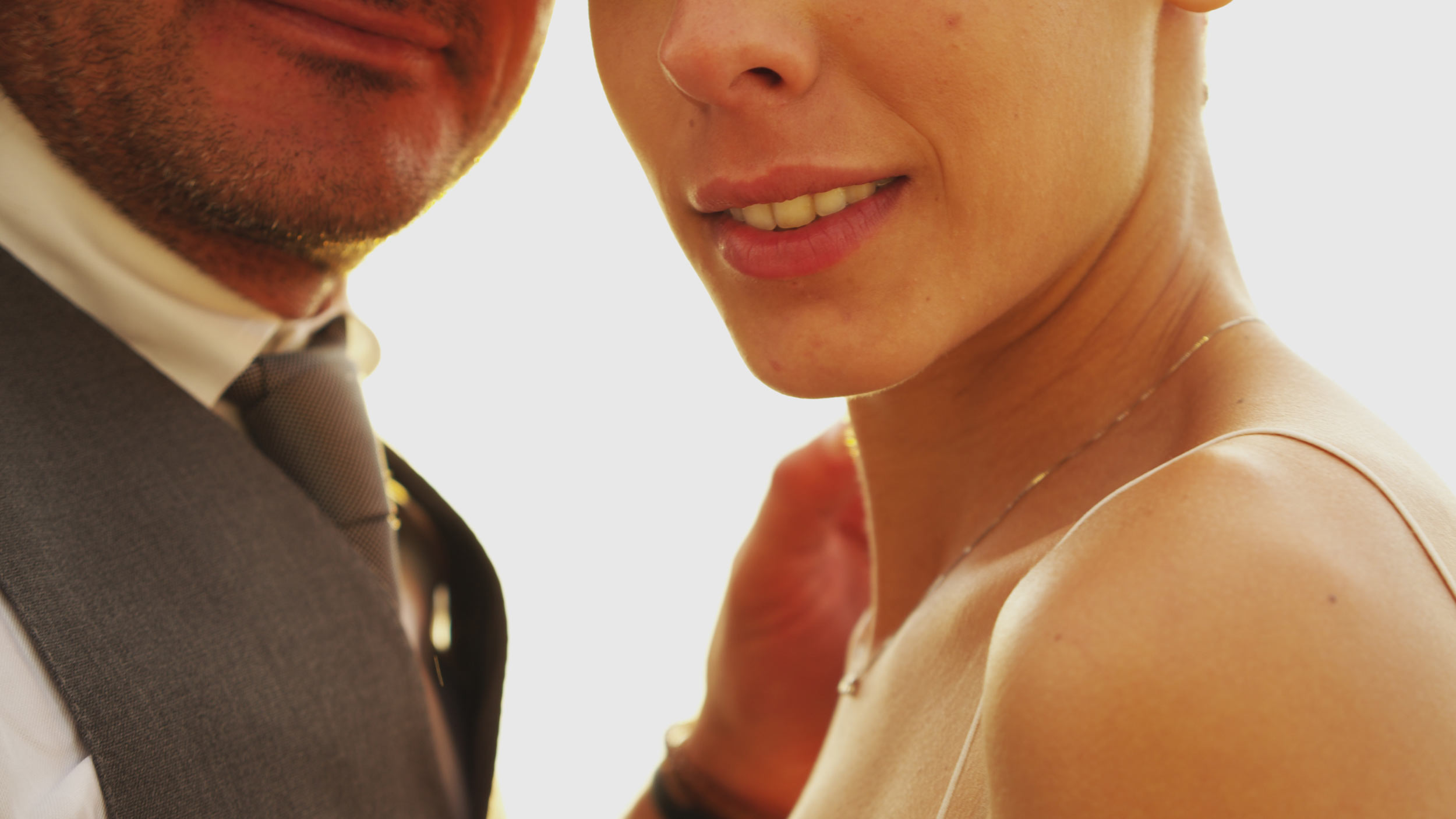 Love bloomed and its flowers became a huge bouquet of 365 red roses, that decorated the bride’s room at Andronis Luxury Suites in Oia! Vincenzo and Dalila, having kept their promise, once again chose the Aegean island. This time for the elopement of their dreams which they decided the day before!

They awarded the wedding planners of Poema with the details of their special ceremony and they created a little piece of art in less than 10 hours, Moreover, Alex Stabasopoulos videography – cinematography captured the unique moments in a elopement video made with love just for them! 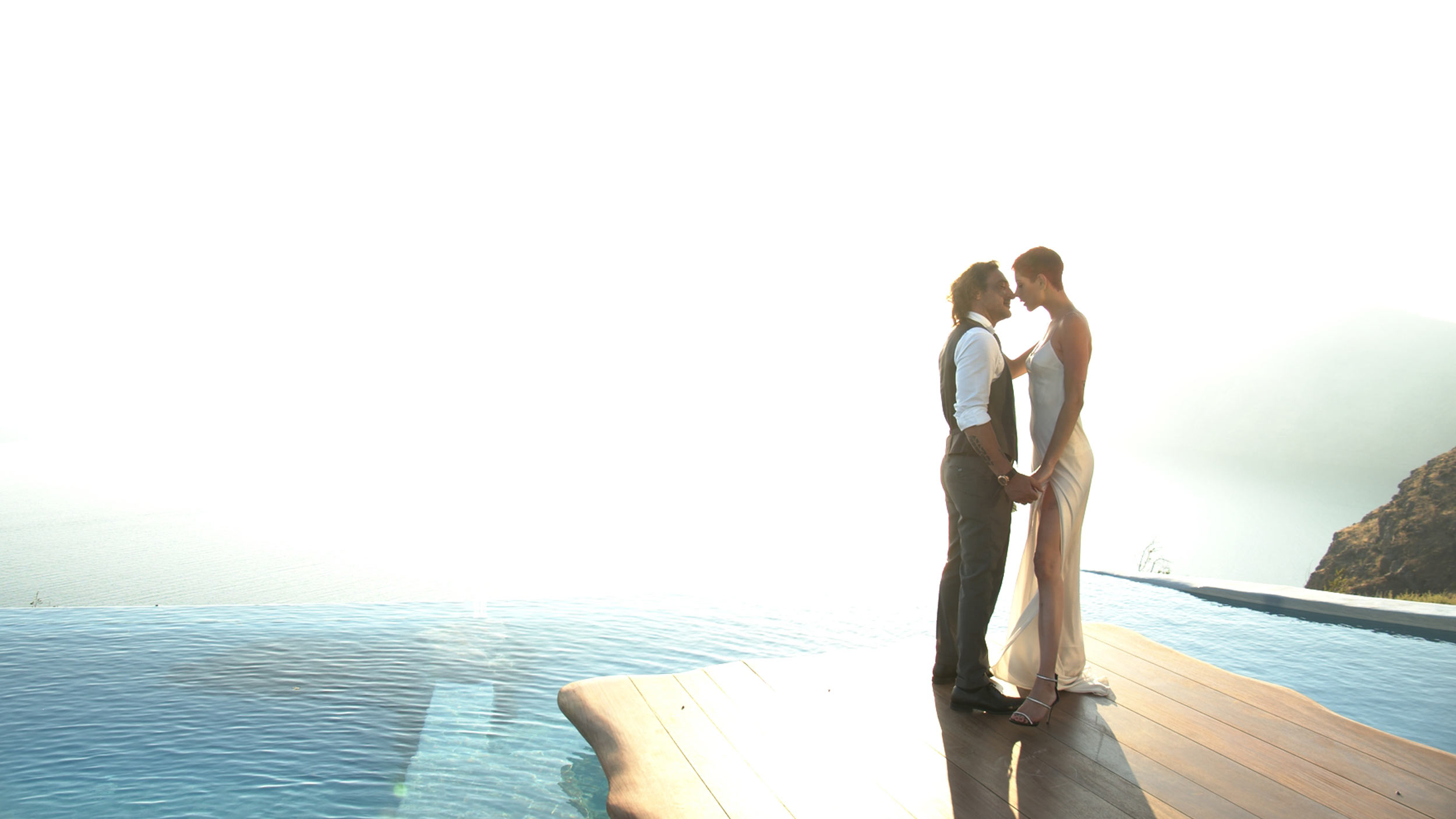 The setting of the elopement was minimal, but like a fairytale! The arch of branches with white flowers in front of the breathtaking view of the sea, complemented the idyllic scene of Cavotagoo, in Imerovigli.

The words of love, whispered, and their embrace, which was big enough to fit their whole world, became the raw material for the creation of wonderful memories!

The Cycladic light gave its place to the crazy fireworks dance, in an absolute feast for two! Hence, romantically and among laughter, love and beauty, began, also officially, the common life of a lovely couple!

Our wish for them is to live happily ever after! 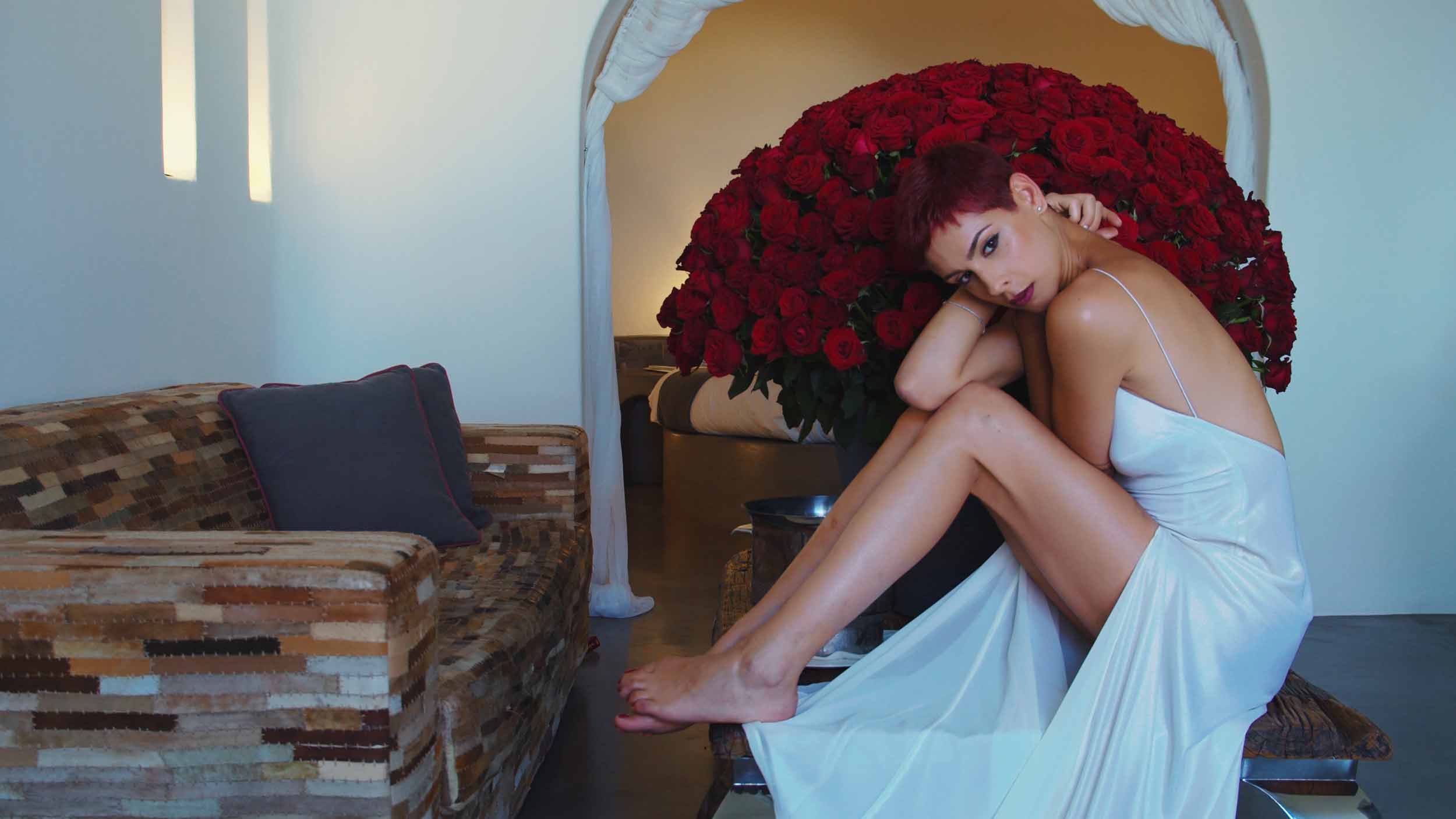